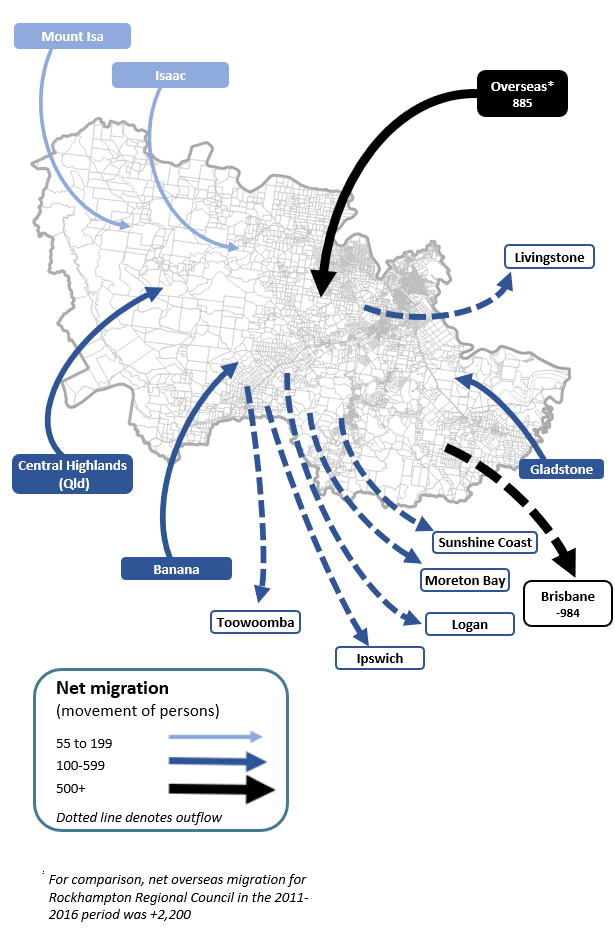 The appeal of the area is a reflection of the climate, the significant amount of residential housing opportunities and employment prospects. Local demand is relatively strong as Rockhampton creates significant numbers of new households (children leaving home) seeking new dwellings. Much of this demand is expected to be met in Gracemere and Parkhurst.

With the variety of residential and rural locations, different areas within Rockhampton Region have developed different roles within the housing market. Areas on the outskirts of Rockhampton such as Gracemere North and South and Parkhurst are attractive to young families. Older areas closer to the centre of the CBD such as Allenstown, Berserker & The Common, Rockhampton City & Depot Hill and Park Avenue predominantly appeal to young adults. The rural areas of the Region attract fewer retirees and lose significant numbers of young adults as they seek employment and educational opportunities in larger centres. The variety of function and role of the small areas in the Rockhampton Region means that population outcomes differ significantly across the LGA.

There are also significant differences in the supply of residential property within the LGA which will also have a major influence in structuring different population and household futures within the Region over the next five to ten years. Significant new ’greenfield’ opportunities have been identified in Gracemere (North), Gracemere (South) and Parkhurst. Rockhampton City & Depot Hill is also expected to have some growth in dwellings, based on a number of medium/high-density development opportunities. Most other areas are expected to have some growth in dwellings, but based predominantly on residual residential land, infill of vacant lots and more intense use of land.