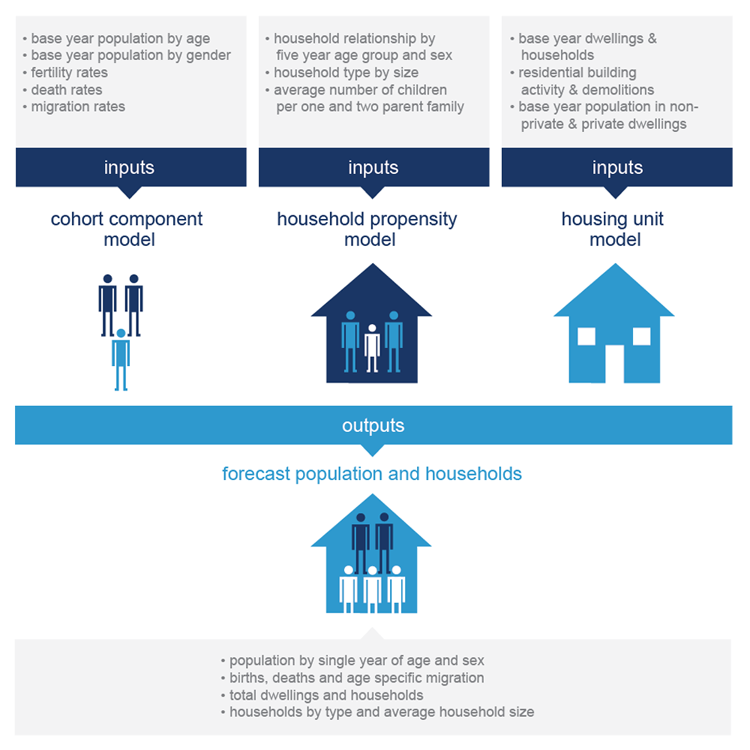 In and out migration is based on multiplying the population in each age group by a migration matrix. The base year population is derived from [MigYearTo] Census counts and then adjusted to an estimated resident population by small area. Each year through the forecast period, the population is run against age-specific birth, death and migration rates to create new population figures.

This model is used to integrate the cohort component and housing unit models to ensure consistency between the outputs of both models. The model works by assuming that the age structure of the population is an indicator of household size and type. These differences are assumed at the local area based on the household type and size from the [MigYearTo] Census.

These relationships are extrapolated forward from [MigYearTo] with some adjustments, depending on the type of area. While for some areas, it is assumed that a greater share of the population will live in smaller households in the future, many areas will go against this trend, depending on their place within the life cycle of suburbs.

Powered by .id (informed decisions) for City of Burnside