The type of households that people live in and changing preferences over time affects the way in which a population changes. As people grow from children to adults and into old age, they change the type of households that they live in. The traditional path has been to start as a child in a family household, move into a group or lone person household as a youth, becoming a part of a couple relationship within 5-10 years. Rearing of children is followed by an ‘empty-nester’ period and ultimately being a lone person, as partners die.

Understanding the changes that people make at different ages in their life, and the different types of housing they are likely to consume at those life stages is an important factor in forecasting future population and household types. The life stage which the majority of households in an area are going through gives an insight into its location in the suburb life-cycle (see below), and the likely life-path of those households in the future. 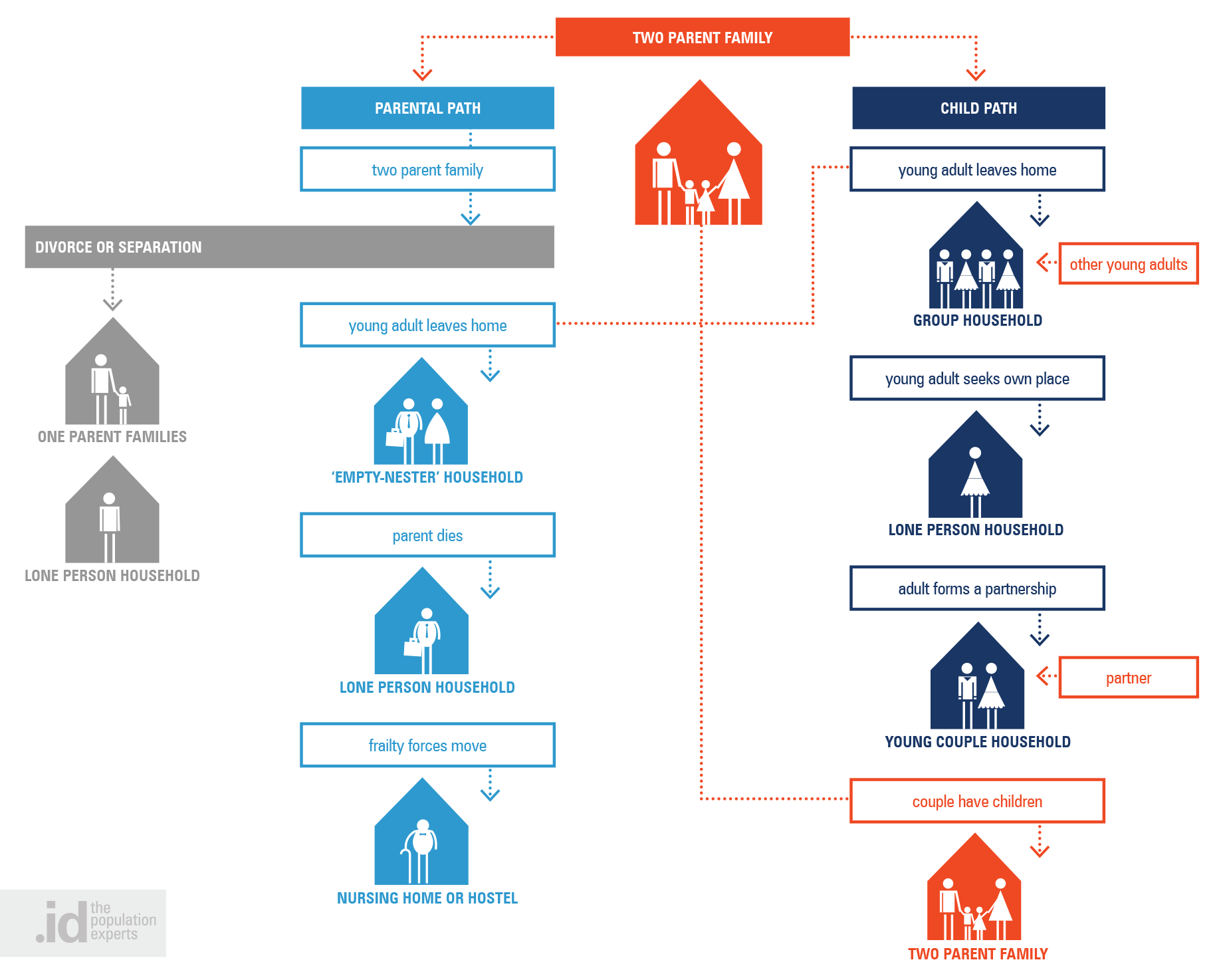 The dominant household types present in a suburb or town - where the majority of the populations sit in the household life path - dictate in part the role and function of the area. This is shown by its place in the "suburb life cycle".

Alternatively, if a suburb is in a location close to economic drivers of change, it may be able to attract families to move back into the older dwellings in the area, increasing household size and population again. This will generally happen sooner, with less loss of services if the area has a diversity of housing options suiting a wide variety of household types. Empty nesters are likely to downsize into lower maintenance properties, freeing up larger format housing for families to move into, and continue the cycle again. The loop in the diagram represents the process of sustainability of an area, if it can attract families back into older housing in the area. Depending on the proximity of an area to work and education it may also attract young lone persons and group households. The attractiveness of an area to family groups, group and lone person households is shown in the migration assumptions section.

Generally, more diverse communities are more sustainable in the long term, as they are able to maintain a range of services and facilities useful to all age groups. Certain policy responses can influence the suburb life cycle in different directions. 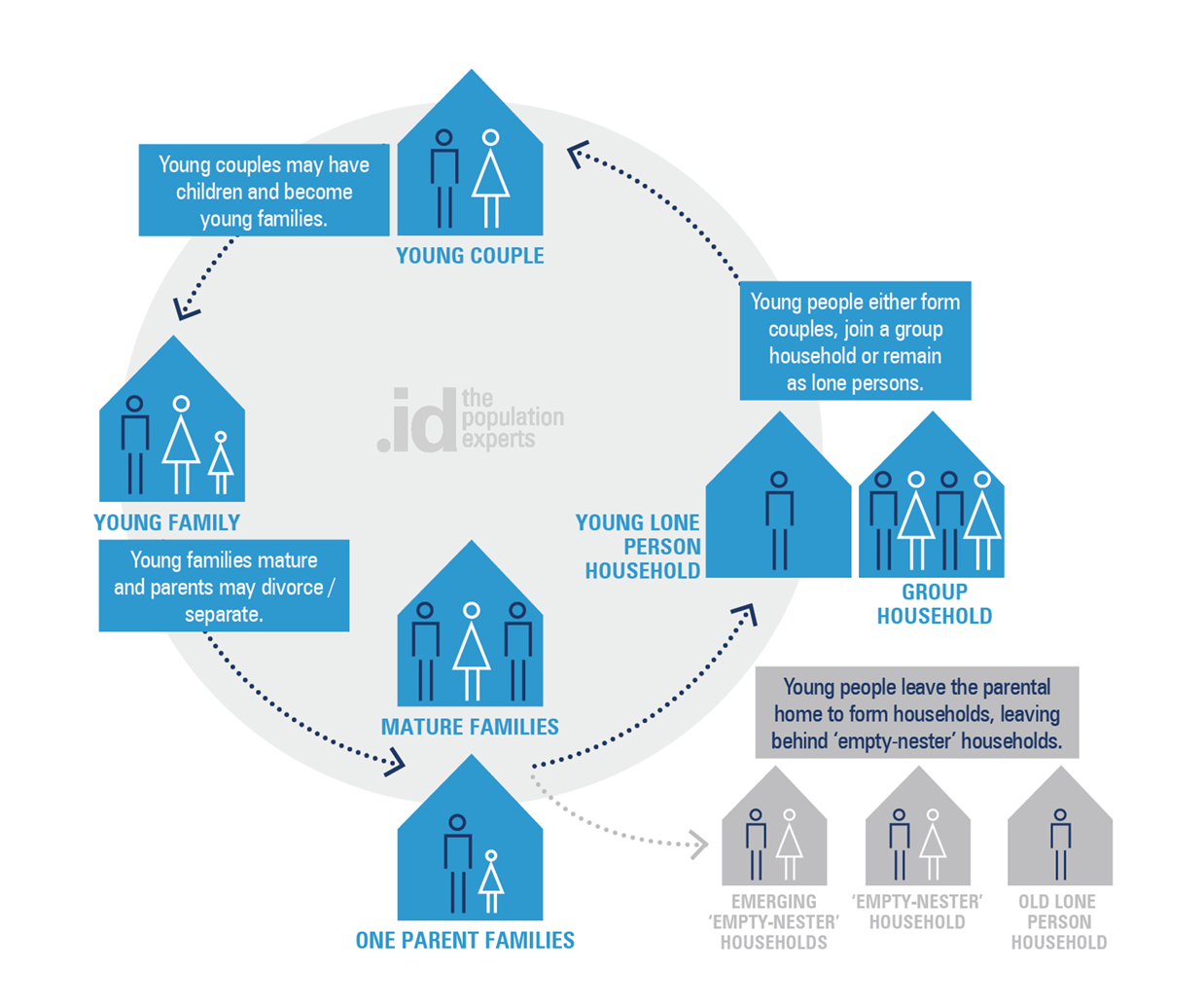